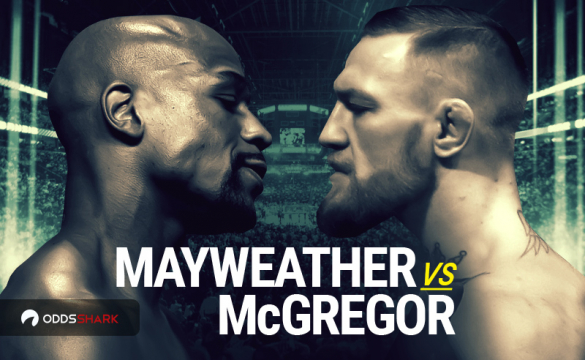 This weekend it finally happens, the fight everyone is speaking about for months now. Conor McGregor will take one Floyd Mayweather in a boxing match. For those who don’t know what I’m talking about McGregor is a UFC fighter and current Lightweight Champion (146-155lb or 66-70kg) who never competed professional boxing before. The 29 years old Irish athlete challenged the unbeaten 40 years old boxing legend Mayweather to a duel. Mayweather has 49 wins under his belt and never lost a fight in his whole career.

The fighters will have to be 154lb or 70kg at the time of weigh-in and we all know that this is not their natural body weight. Weigh-in will be held at 21:30 the evening, 24 hours before the fight.

It is known that people in MMA/UFC cut a lot of weight before their fights, boxers normally cut much less. However according to George Lockhart, one of McGregor’s nutritionists, Conor’s weigh-cutting strategy should be somewhat different for his upcoming fight.

“With an MMA match, wrestling, (jiu-jitsu and) having someone on top of you, weight matters – with wrestling it does have a huge effect. With boxing, I believe speed is key,” Lockhart said. “If I’m bigger than you but can’t hit you, it doesn’t make a whole lot of difference. Not as much grappling, the referee pulls you apart as soon as that does happen. I want to make sure Conor is lower in weight, the cut is not as big and the reload is not as much.”

Taken from an interview with Lockhart

Lockhart has a point – the lighter you are the faster you are and to achieve that McGregor would have to lose as much fat as possible and to cut less water weight. But this strategy has some flaws. McGregor’s body is going to change and he is not used to the new diet plan. How will he respond to the change? How will it affect his training and fighting style? There are a lot of issues to consider.

If I’m McGregor’s dietitian I would run a few tests to see in which weight he is the fastest and most explosive and not necessarily stick to the lighter weight. When you think about it – a bit more fat padding can soften some of the punches. If his weight is not slowing him down I l would let him stick to the familiar weight cutting plan, and wouldn’t make dramatic changes in McGregor’s diet before the fight of his life.