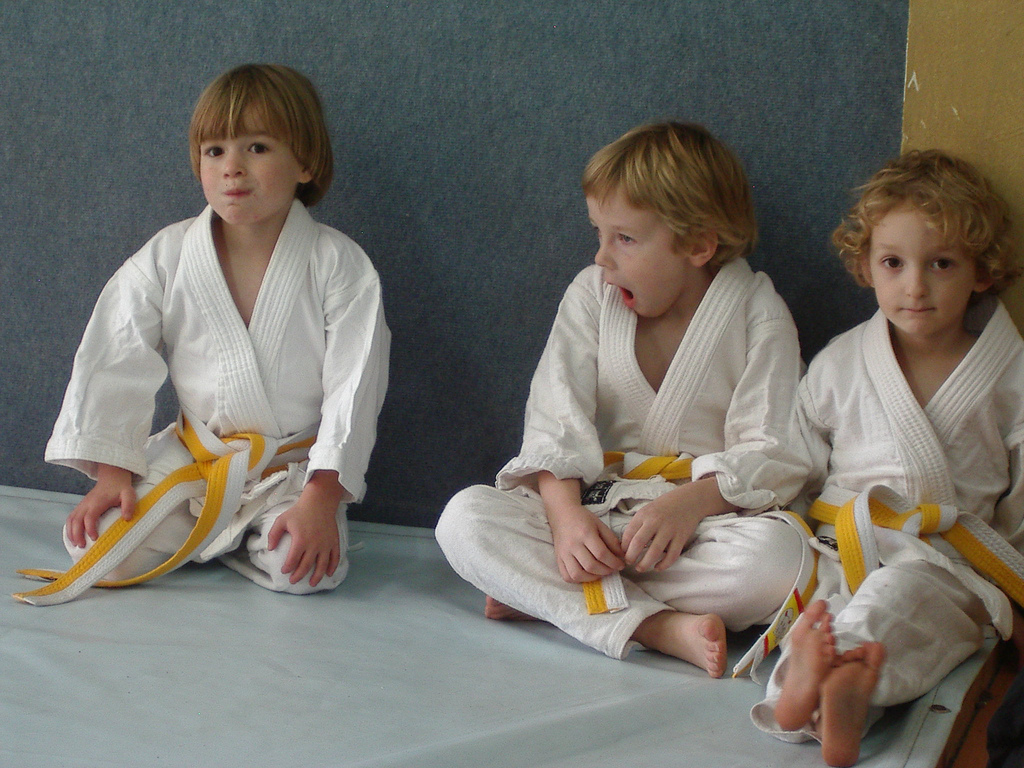 Whether one should cut weight or not, is a question I’m asked frequently and everyone has an opinion about it. Recently there was an interesting discussing about weight cutting by children in one of the Facebook groups I’m following and I decided to dedicate this blog post to give my opinion as a dietitian and ex-top athlete.

The discussion started with the following hypothesis:

A question to you coaches and/or parents. The national coach of the team where your pupil or child trains demands that he or she cut weight to a lower category in a manner that is detrimental to their health. How do you react? And if despite your voiced objections, the child goes ahead with the demands of the national coach for fear of losing his place on the team, how do you deal with it? Two scenarios: the child is injured as a result; the child takes a medal but presents with negative systemic symptoms later.

Children are growing and developing. Their body is sensitive and every lack of liquid, energy or nutrients can have a strong negative effect. As a dietitian and a judo coach, I will never instruct young students to cut weight; the main concern is their health. As Neil Adams once said: “You don’t become an Olympic Champion at the age of 16” – there’s a long way there and the focus should be on becoming better judokas. Making medals as kids, or even in cadet ages, is nice, but true success is measured in senior ages.

The question about weight cutting is not just about health, it’s also about ethics, fair play, and development. It is not the end of the world if a kid competes at a higher weight category and loses, this is not the Olympic Games we’re talking about. Putting a kid at risk to have him or her competing in a lower weight category is not right. Winning kids’ competitions at the price of health risk is unacceptable. People tend to forget that weight does not determine success. Success comes with hard training, skills and talent.

Here are some statements I want to refer to:

“Letting your athlete fight the higher weight can be just as dangerous as weight cutting. Fighting larger stronger athletes is more likely to cause immediate injury.”

I can understand this argument when it comes to the “plus” or “open” weight category, where a big weight difference can happen. In all other weight categories in judo, the weight difference between the lightest to the heaviest can’t be more than 10%. This margin was chosen to promise the safety of the competitors, while still allowing enough fights for each athlete. If you’re still skeptical, take a look at a judo training – It never happens that judokas fight only judokas of their own weight category.

If your athlete is overweight and you want him or her to be healthier that’s great! But why connecting it to weight categories and numbers on scales?

If an athlete is overweight, they need someone professional to help them (and their parents) to make better food choices. This requires a long term approach and not a weight cut. Mixing between the two can trigger an eating disorder. Talking with young athletes about being overweight and setting weight goals are delicate matters.

Coaches, your students look up to you and they are vulnerable to eating disorders, be careful with your words!

First of all, I don’t see why a child less than 12-year-old should cut any weight at all. Second expressing amounts of a weight cut in absolute numbers is a little bit dangerous. For example, 2.3kg for a girl fighting -32kg (which is the lightest weight in this age category) is 7% of her body weight which is a lot even for adults. To avoid this misinterpretation it’s better to express weight cutting in percentages of body weight. In any case, at these ages I wouldn’t let children use any weight cutting method more extreme than skipping breakfast before weigh-in.

With regards to the question that started the discussion – the decision about cutting weight or not depends on the age of the child, maturity and the amount of weight that has to be lost. In my opinion, there is no good reason whatsoever why a child under 15 years should cut weight. For athletes competing in the age group U18 (Cadets), I can think of some reasons, but this doesn’t mean I would recommend it. Talented cadets are competing for European and World titles. To qualify they are often forced to compete at the same weight category for the entire season. Unfortunately, this is also the period they grow the most. For this reason, it is very important to choose the right weight category at the beginning of the season. From experience, this is seldom the lighter one.